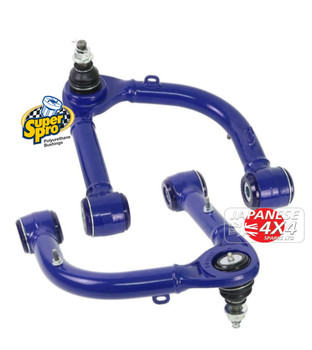 Getting the correct alignment on your lifted Ranger is no longer a problem.

The SuperPro Fixed Offset Upper Control Arm is an all-in-one solution for any vehicle that has been lifted between 40mm and 65mm (2.5”). Providing an increase between 2.5 and 3.5 degrees of caster and up to 1.5 degrees of negative camber increase (figures quoted are based off a 50mm Lift) along with greater clearance to the coil over strut and more articulation of the arm.