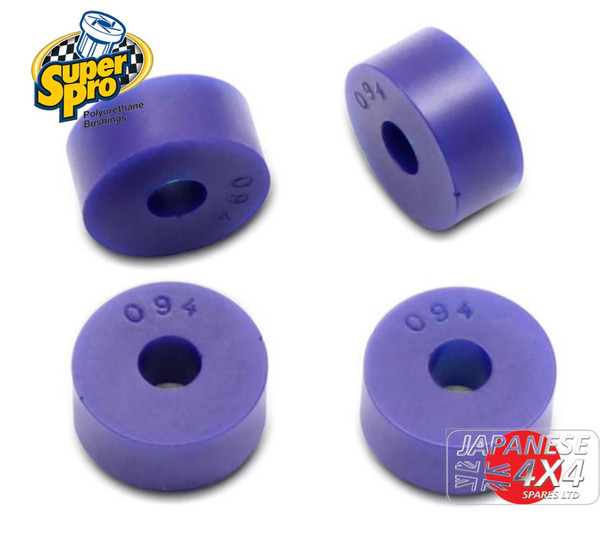 Pin Mount. Shock absorbers and their bushes can have a hard life – especially on off road vehicles. SuperPro has designed a bush kit to cope with the extra stresses put on these bushes when these vehicles are used on rough terrain. However, they will also work equally well on road going vehicles, outlasting OEM or aftermarket rubber bushes significantly. This bush kit is also available in KIT5164K – Complete shock absorber bush kit.